If you’ve been doing legal research for some time, you are probably familiar with the concept of a citator. A citator is a tool that shows you all the cases that a judgment referred to, as well as all the later decisions that cited that judgment (noter-uppers). What you might not know, however, is that there is a lot more that we can do with a citator than simply follow lines of decisions. Citators can be used to:

AfricanLII has been working to develop an automatic citator. We are preparing to go live with our beta version of this tool. Are you ready to make full use of this incredibly powerful, free research tool? For more on how citators can help you research more effectively, read on!

Citators link up court decisions based on citations that appear in the body of judgments. WashULaw describes them as follows:

“A Citator is a tool which allows you to track the history of your case and the treatment of your case by subsequent courts. Citators allow you to determine if your case is still good law, and it acts as a research tool allowing you find other cases (and other secondary materials) which cited your case.”

The most obvious interface for a citator is to simply list cases referred to and noter-uppers next to a decision. Let's look at each of these in turn.

Having a list of cases referred to next to a decision allows you to see at-a-glance which authority was relied on, discussed, or rejected in a judgment. This is significantly more convenient than having to read through footnotes to see all the cited cases.

However, the real power of a citator is the display of noter-uppers. Noter-uppers are subsequent judgments that cited the current judgment. Displaying noter-uppers provides more than just convenience. Without a citator, there is no way of seeing from a judgment which later decisions relied on it. Noter-uppers provide powerful information about a judgment. They allow you to determine how an authority was subsequently treated by different courts. Specifically, they can be used to answer questions such as:

Displaying a list of cases-referred-to and noter-uppers is not the only way of representing citations. What a citator really does, is to link together judgments into a big web of related cases. If we represent this web of related cases on a graph, it provides a whole new way of searching for case law: searching visually.

In this section, we'll work through a short example of how this web can be built up, and along the way, highlight some of the key insights that this visual tool can provide us. 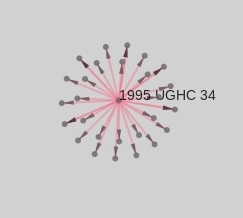 So far, this image doesn't provide much information that wasn't available from just the text. However, we can improve on it quite a bit. First, let's change the size of the points on the image, so that cases which are cited more often, are shown as bigger points than cases that are cited less often: 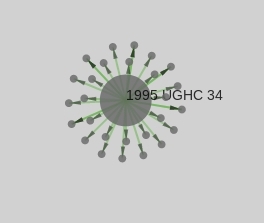 Notwithstanding that the cases citing kampala Bottlers are not influential, perhaps they might be important for a different reason? One thing that we could do is colour-code decisions according to what court they were decided in. Here is what that could look like: 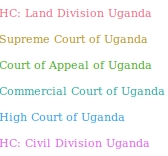 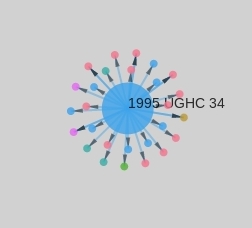 The colours make it easy to see which court heard each case. Indeed, it is now clear that Kampala Bottlers was cited in a higher court: The Supreme Court of Uganda. We now know that this is a judgment we should read to get some more context for Kampala Bottlers. 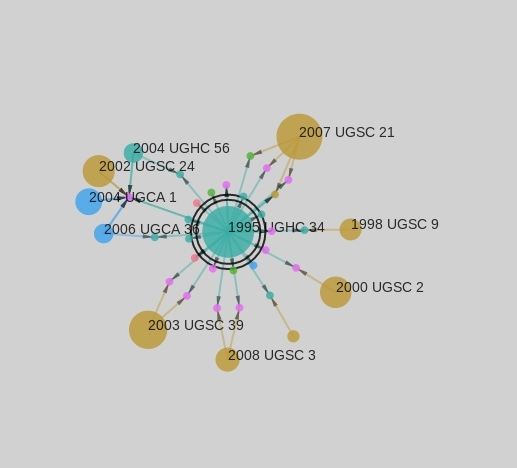 Now the situation is a lot more interesting. For example, we can see that 3 different cases that relied on 1995 UGHC 34, also relied on 2007 UGHC 21. Suppose that we are drafting a heads of argument and want to rely on 1995 UGHC 34. It would be a very good idea to also have a look at 2007 UGSC 21, and check whether it might be relevant.

On a simplified level, this technique is very similar to the types of algorithms that Netflix and Amazon use to recommend movies and products to you based on what you watched or bought previously. What the graph is really telling us is something like this:

Things are starting to get a little bit busy now, so I've added two extra rings around Kampala Bottlers, so that we can keep track of what our center case is.

Using a visual interface to represent a citation web allows us to see the bigger picture of where judgments fit into the jurisprudential landscape. We don't have to stop at a depth of 2. Let's see what the web looks like with a depth of 4: 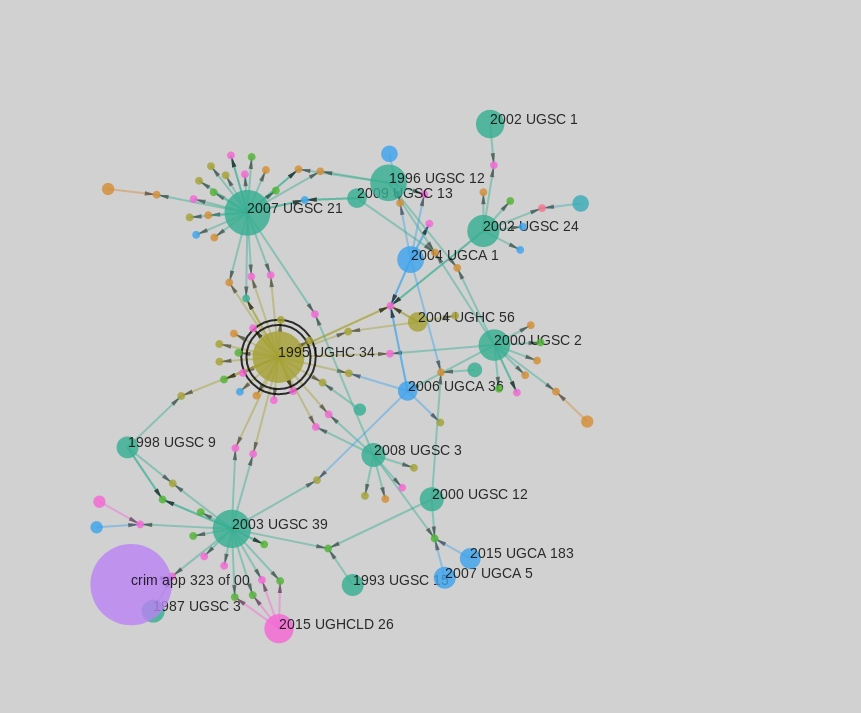 Wow, it looks like there are a lot of very influential decisions that are related to Kampala Bottlers! Would we have known to look at all of these decisions without a visual interface? Would we have even found them at all if we were just following footnotes?

The Possibilities are Endless…

We’ve only begun to scratch the surface of what can be achieved with a citation web. Here are some other use cases to consider:

You could answer questions such as: how often does Uganda cite Nigerian cases? Which courts are most likely to look for foreign law sources?

Just because a judgment hasn't been reported, it doesn't mean that we can't still track citations of the case. This can help to identify unreported decisions that have been influential.

Researching the flow of precedent over time

How long after a decision is written is it typically cited for the first time? If a decision has never been cited in 5 years, what is the probability that it will every be cited? See for exmple the work being done by Bending the Law.

AfricanLII is proud to have worked on an automated tool for citation extraction. We look forward to being able to launch our beta, and hearing what you have to say about it!